One body is nobody! Gather your bros and kick the living heck out of tyrannical Autocrat’s armadas in a series of breathtaking aerial battles! The enemy outnumbers you, but you’re never alone — the unique co-op mode allows you to join forces with either your bro or a new friend! Shooting never ends.
With a broad range of aircraft and upgrades to choose from, a variety of missions and challenges, Hawk is a good ol’ adrenaline overdose. There’s absolutely no way you’ll ever get bored! So be ready to attack.
Maniac bros will help you choose the best guns and surprise the enemies with destructive missiles. Keep your strongest weapons reloaded to deliver a crucial strike to the enemies’ fighter jets. True bullet hell where metal melts.

– Exciting campaign: more than 190 levels full of enemies and breathtaking action!
– Unique co-op multiplayer: team up with your battle brothers to overcome challenges or join forces with random players for even more fun!
– Additional modes: Arcade, Team-up and Assault, each of them radically changing the gameplay!
– Perfect Shoot ‘em up: Lots of fighter jets, battle companions, ammunition and guns, and devices to choose from: your personal armory is packed with hi tech!.
– Huge bosses: battle and defeat enemies that are so big they don’t even fit the screen! And wipe out swarms of their minions! Find pieces of the Danmaku barrage of bullets.
– Great visuals: Tired of space and lasers? Try out flying! Amazing 3d graphics will make you forget that this game genre is old school. Vertical shooters have never been better. Epic sky wars are full of excitement. Choose your «phoenix» and free the country from invaders. The symphony of air war and heroes’ charisma are unforgettable!
– Retro modernized: Played Shmup (STG) games before? Think this is retro? We prove you are wrong. This top-down shooter will make you say «wow» and revive the best impressions of your scroll childhood. No matter you are a fan of Strikers, Tyrian, Ace Squad, Razor or Airborn or you participated in battle actions in 1945. You will become the fan of our freedom squadron!

Take your Broforce to victory. Feel the bullet force. 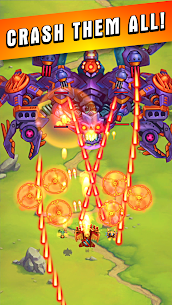 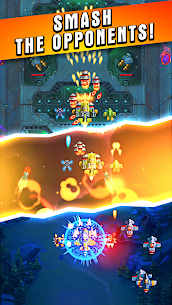 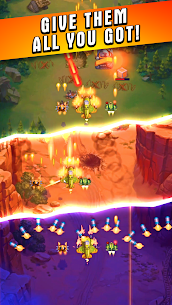 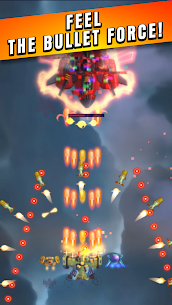 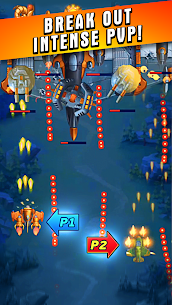 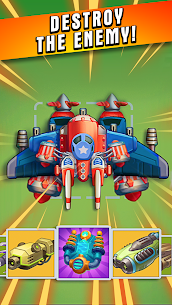 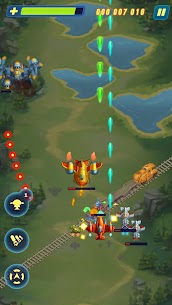 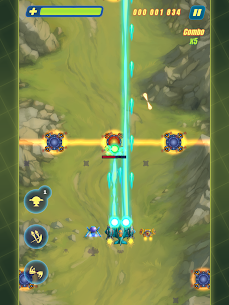 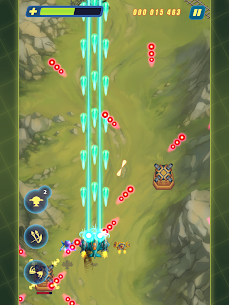